Moonshine and Whiskey: Speakeasy Night at the Museum: Take Two 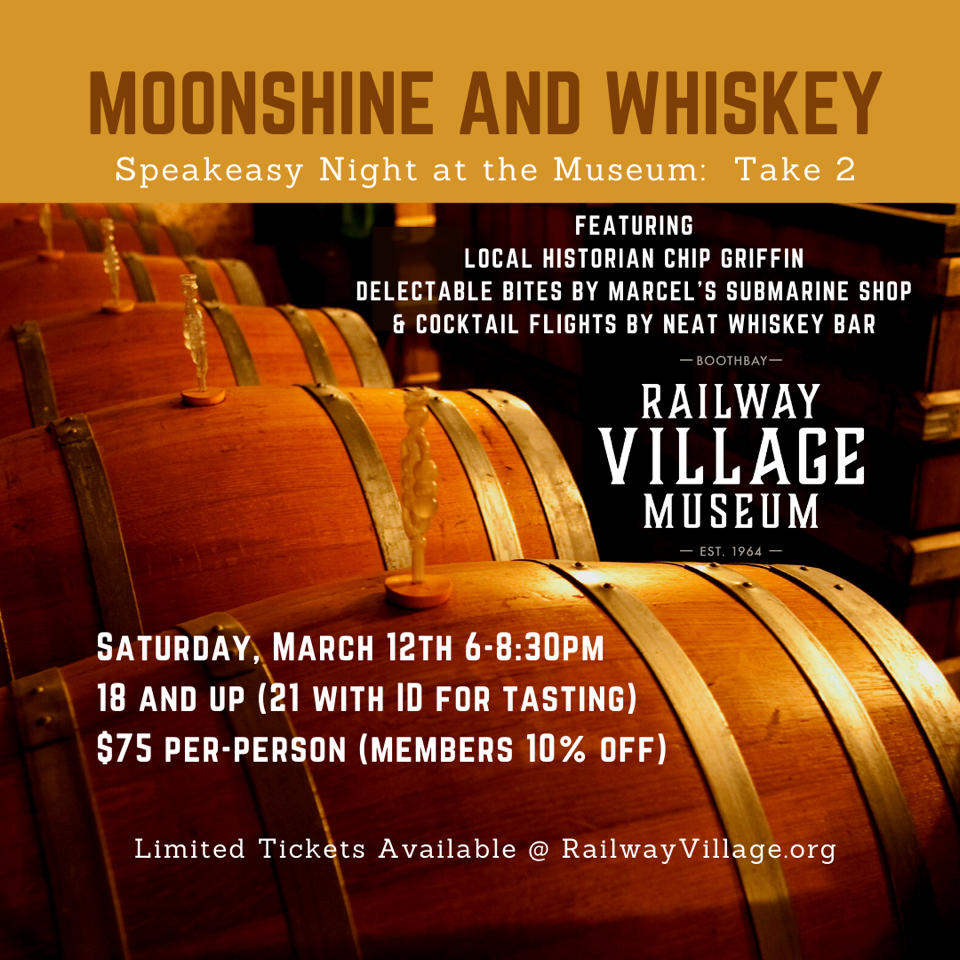 The first of this event series sold out with rave reviews, and now we are ready for round two with plenty of new features for our return guests to enjoy!

Tickets are very limited so get yours now!

Maine may have been the birthplace of prohibition laws but due to its coastline and access to Canada, it was also where the transport and distribution of huge amounts of illegal liquor originated in the states. Rum running was a lucrative venture and Maine lacked government resources to effectively enforce anti-liquor laws. Join the Railway Village Museum on Saturday, March 12th for an event that embraces the spirit of the era and the ambiance of a 1920s speakeasy. Presenting at the event is local historian and attorney, Chip Griffin, who will be speaking on Maine and the Boothbay region during prohibition. Included in your ticket are elegant appetizers and a tasting flight of four prohibition era cocktails each professionally mixed as originally intended. Demonstrations of the cocktails’ creation and insights on their special ingredients will be shared by the incredibly talented, Emily Gregoire, bartender of local whiskey bar, “Neat.” This event is the second in the “Moonshine and Whiskey” series. With new food, drinks, and presentations the night will surely be enjoyed by new and returning attendees!
Tickets
Featured Cocktails: Whiskey Sour, Sazerac, Last Word, and Aviation
Bites and flights provided by Marcel’s Submarine Shop and Neat.
Where: RVM Town Hall and Chapel*
When:   Saturday, March 12th – 6pm-8:30pm
Who:     21 with ID for tasting
Cost:      $75 per-person with 10% off for RVM Members
*Please note, masks required during presentation in RVM Chapel